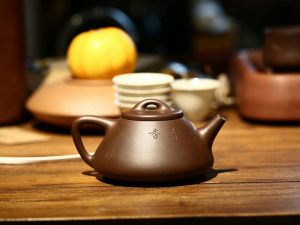 The Chinese proverb, which was probably written in the Song Dynasty (ca. 960 to 1279), shows the importance of tea for Chinese life. For more than 2000 years the Chinese drink tea. It was first consumed at the imperial court by senior officials and intellectuals. Later the tea drinking habit became popular with all kind of people. The way in which tea is prepared and enjoyed has also changed greatly from epoch to epoch. If it was prepared and eaten as a soup in the beginning, it has developed in to a special tea ceremony today, also known as tea art (茶艺 cháyì,) The Chinese distinguish several kinds of ceremonies. A very common ceremony is the Gongfu Cha or Kungfu Cha. Both have little to do with martial arts. It’s more the philosophy behind it which stands for control of mind and body. But tea culture is also tea accessories, rituals, gestures and symbols while drinking tea.

The Chinese tea varieties are cultivated mainly in the south of the country and are defined in six different varieties:

The most important criteria for high-quality tea are the naturalness of the ingredients, the freshness and the wholeness of the tea leaves and their homogeneity. The best taste unfolds only with the right water, the correct temperature and an exact infusion time. It is also said that certain teas have special medicinal effects.